Playing Tourist In My Own Town

If my city had a heart. That heart would be the French Quarter. This 78-square block town within a city, that moves to its own beat, has its own architecture, has its own cuisine. It breaths. It lives. While most visitors know of it. They know it’s famous for Jazz, and Bourbon St. They know of the large parties, Mardi Gras, or the world-famous Jazz and Heritage Festival. But what most don’t know is that there is a weekend in New Orleans every spring that we don’t tell others about. The airport is not packed with people coming in from out of town. The hotels aren’t booked to capacity. Because it’s for us. The New Orleanian. It’s for us to celebrate the treasure we have in the heart of our city. It’s, “The French Quarter Festival.”
As I woke up this morning and had a cup of coffee. I looked over the talent. The 23 stages and hundreds of local bands and musicians that would be performing today. Then the food. Oh the food! For a relatively small city. We currently have 1,550 restaurants open in the metro area. You can usually find something new opening every other of week. There is always some new eclectic fusion of something somewhere. But my personal favorites are what I call the old guard. The restaurants that have stood the test of time. With names like Antoine’s, Galatoire’s, Court of Two Sisters, Tujague’s, K-Paul’s, Broussard’s. With dishes, only New Orleans knows like, Shrimp Remoulade, Crawfish Etouffee, Po-Boy Sandwiches, Trout Amandine, and Gumbo. This was going to be the day. The day of food, music, and fun. The day I would listen to more music then I can possible remember and the day I would get to eat a Galatoire’s Shrimp Po-Boy, followed by some Oysters Bonne Femme from Antoine’s, then some of K-Paul’s Butter Beans “That will make you crazy”, and a Large (huge) Chocolate Éclair from Haydel’s Bakery for dessert. All for around $20.
While I lay here in a food induced coma. With Jazz tunes ringing in my ears. I’ll allow you inside for a moment in time. Inside through my lens. With the click of the shutter the photons are captured in fractions of seconds of people places and things. These are part of me. As I know each one in detail. There is something there in each one that made me click the shutter. Each is the essence of my life, my mind, and my city.
Enjoy,
– Whitney Richard
View All Photos Here 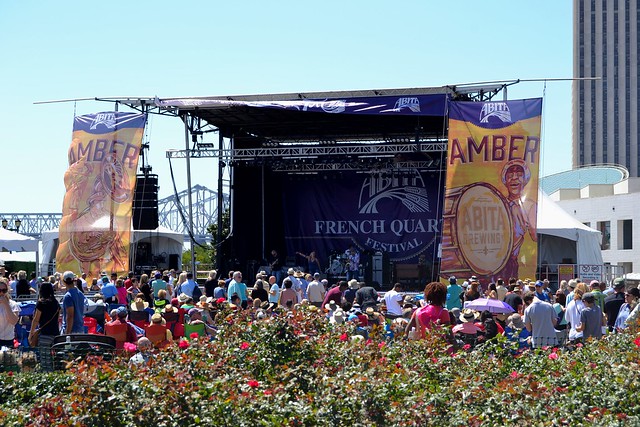 Sunday we hopped the 4 train down to Fulten St. and the South St. Seaport. Then took a ride around New York harbor. The weather was clear but a little chilly on the water. We saw the Brooklyn Bridge, Lower Manhattan with the new Freedom Tower, The Statue of Liberty and then up the Hudson River to the Aircraft Carrier Intrepid Museum. After touring the Intrepid we went shopping at the worlds largest department store, Macy’s. After we schlepped our bags down to the subway then back up a broken subway escalator to catch the 6 train because our F train was inconveniently not going to the station we needed it to go because of a temporary closure. If we would have know it was closed we could of just hopped on the NQR train instead of the F train. But anyway we made it back and dropped our shopping bags.  Then back on the F train to the 2nd Ave stop where we ate dinner at Katzs Deli. Yum! Then grabbed a cab back to the 6 train station so we didn’t have to deal with the F train station closure and the broken escalator. What a day! I love this city! Here are a few pictures from the day. I took about 400 but have to go through them instead of posting all 400.

The Fast and The Furious

Fast pace life is what New York is all about. From second to second, minute to minute the people, places and things fly by me like fighter jets locked in a dog fight.

Friday night I learned how to ride the subway and we have been using it ever since. I would like to thank Charla’s uncle who patiently took the time to show us how to do it and answer our endless, probably ridiculous sounding questions. But like true New Yorkers we are now schlepping up and down the seemingly endless subway steps to jump on the next train to our next destination.

Started the day out in Central Park by the metropolitan art museum. I wanted to see the Egyptian Obelisk. But it was being repaired and there was scaffolding all around it. So we headed off into the park for a look around. Very cool place. I was able to find some of the Manhattan bedrock and examine it. I even ran my fingers through the glacial striations.  When we came out of the Park on the West side we headed South to the NewYork history museum and then proceeded down to Times Square. After a walk through the insanity of the square we found ourselves at Bryant Park. We stopped and had lunch at a salad place called  Chopt’d.  It was awesome. Then we headed over to Rockefeller center before returning back to the apartment. Now we are getting ready for dinner at Patsy’s Restaurant and a night outing. So stay tuned for more updates.

Like the eb and flow of the tide the sea of humanity flows through the city. It’s sensory overload. People here people there and it goes on for ever. The hustle and the bustle of the city only slows down at night but never stops. We walked around the city a bit yesterday. Ate a very delicious dinner at a vegan restaurant Candle Cafe. Then at midnight we visited the top of the Empire State Building.

The trip is coming up fast. There’s so much to do and so little time. I think we have our trip scheduled as much as possible with time left over for impromptu sightseeing. So here it as it sits now.

Thursday: Arrive get settled, Freelance sightseeing with dessert that night at Serendipity.

Hope to see you all here for more exciting updates. I’ll post the itinerary as soon as I can.

I have most of the pictures up on the Shutterfly site now. There are some really good shots of many  indigenous species of the islands. Lots of plunge diving boobies, lounging sea lions, and even flamingos. Please  feel free to visit the site and check out my photographs.

I’ve setup a ShutterFly Site for my pictures. Here are a few samples from days 1 – 4.
https://2013ecuadortrip.shutterfly.com/

Here are a few samples. Enjoy!

Why the Waved Albatross chose this island for a nesting ground is obvious at first site. Being the oldest of the Island chain Espanola is the flattest of the islands. So it resembles a giant aircraft carrier. For a giant bird with an enormous wingspan like an Albatross. It’s a natural choice.

This is the only place in the world the Waved Albatross is known to nests.

They lay a single egg and hatch a single chick. It takes constant attention by both parents to raise a young one to fledge. They travel up to 60 miles a day to gather food for the young chick.

They only visit this piece of land once every 5 years or so to bread. They spend the rest of there entire life at sea far from the site of land. This was an incredible place to visit.

With a 7.2 foot wing span. These birds are a wonder to watch take off, land and fly. What an incredible bird.